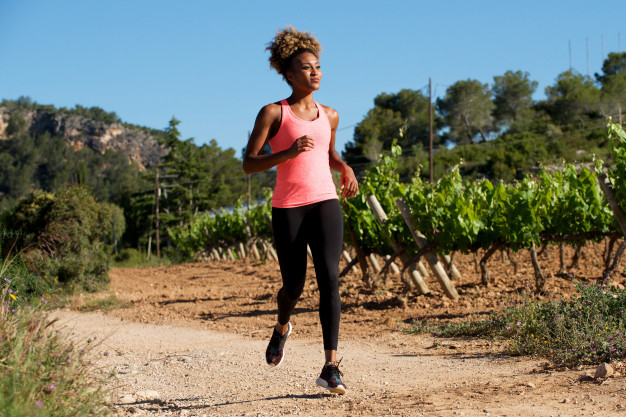 Recently, I was driving to church on a Sunday morning when I passed a Black woman jogging along the road, and I had an immediate and visceral reaction to her face. I puzzled about that for a moment, and realized that I’ve always reacted that way to a very specific facial structure in some Black people – but not most others.

That deeply bothered me, because I’ve been working so hard lately to break out of a lifelong pattern of focusing on or being bothered by ethnicity differences.

As I thought about my reaction, I felt like the Lord invited me to ask Him what caused that reaction. I did, and He immediately took me back to a memory from grade school when I had to ride a school bus every day, and I was assigned a seat next to two Black girls, who bullied me incessantly and brutally many days that year. He showed me that my lifelong reaction was based in that year’s experience.

In 2019 and 2020 I went through some significant counseling, and learned that such revelations are the Lord’s invitation for immediate healing. Rather than just stuff some painful memory, I was taught to ask the Lord for His view of it, and to reveal to me what lies I had told myself ever since. I was also taught to forgive those who hurt me, and also forgive myself for the actions I’d taken ever since based on the unforgiveness and whatever lies I had believed. (The process is partly based on Transformation Prayer Ministry or “TPM,” and is documented at https://www.transformationprayer.org/ and I highly recommend it to someone interested in healing and moving past wounding events in their lives.)

It’s not a hard or lengthy process as I learned it, so as I continued to drive to church I immediately asked the Lord to forgive me and I told Him I forgave them, and asked Him to bless them whatever they were doing these days, nearly 40 years later. It was a very freeing moment, and I knew the Lord had made a deep change in me, but I also knew it would probably take some further processing, and I invited Him to continue healing that area in me.

A few days ago I had another encounter with the Lord in this story.

I was describing this event in the car to someone dear to me, as we discussed my experience with Christian counseling and TPM, using the above story as an example. As I spoke about it, the Lord abruptly revealed to me the next amazing thing: He showed me what was motivating those two girls that year. For context, it was the late 1970s, a time of significant racial churn in our nation, and about the same time as another memory I have of watching Black families being refused entrance into a local pool because it was a “whites-only” hour. In Virginia where we lived, full school desegregation was only a few years old, and had been actively fought in court in my county in the 50s. The Lord showed me that as a undersized and younger boy with no friends on that bus, assigned a seat next to them, I happened to be the only thing they felt like they could control or dominate in their school environment and their lives, as they grew up in a mostly-white county laced with racism.

I might have easily been angry with that revelation, as the unwilling butt of their torture – but instead as I described it that night, I suddenly found myself totally washed over with compassion for those two girls, as the Lord instantly let me feel His deep love and concern for them. I was literally moved to tears as He let me see them truly through His eyes in that moment. This instantly freed me from a residual anger and allowed me to forgive them even more deeply than the first revelation a couple weeks before. Suddenly, my own pain that year felt much less important, as I understood what those girls were facing.

I have no idea what changes this might eventually bring to my life, being freed in this way from decades of wounding and unforgiveness and the associated spiritual bondage. But this was truly the first time in my life where I believe I felt exactly how the Lord saw someone else, and it was earthshaking inside me.

So in a mere instant, the prayer “let me see them through Your eyes” suddenly took on a completely living meaning to me. Actually knowing – more than that, feeling – His compassion and concern for someone can only lead me to acting on their behalf, and I welcome the change.

If you liked this article, then please follow us on Twitter or join our email notification list.
Spread the love
By: Brandon MundayPosted on 2021-07-20Categories : Categories : General

One Reply to “A Story of Forgiveness”