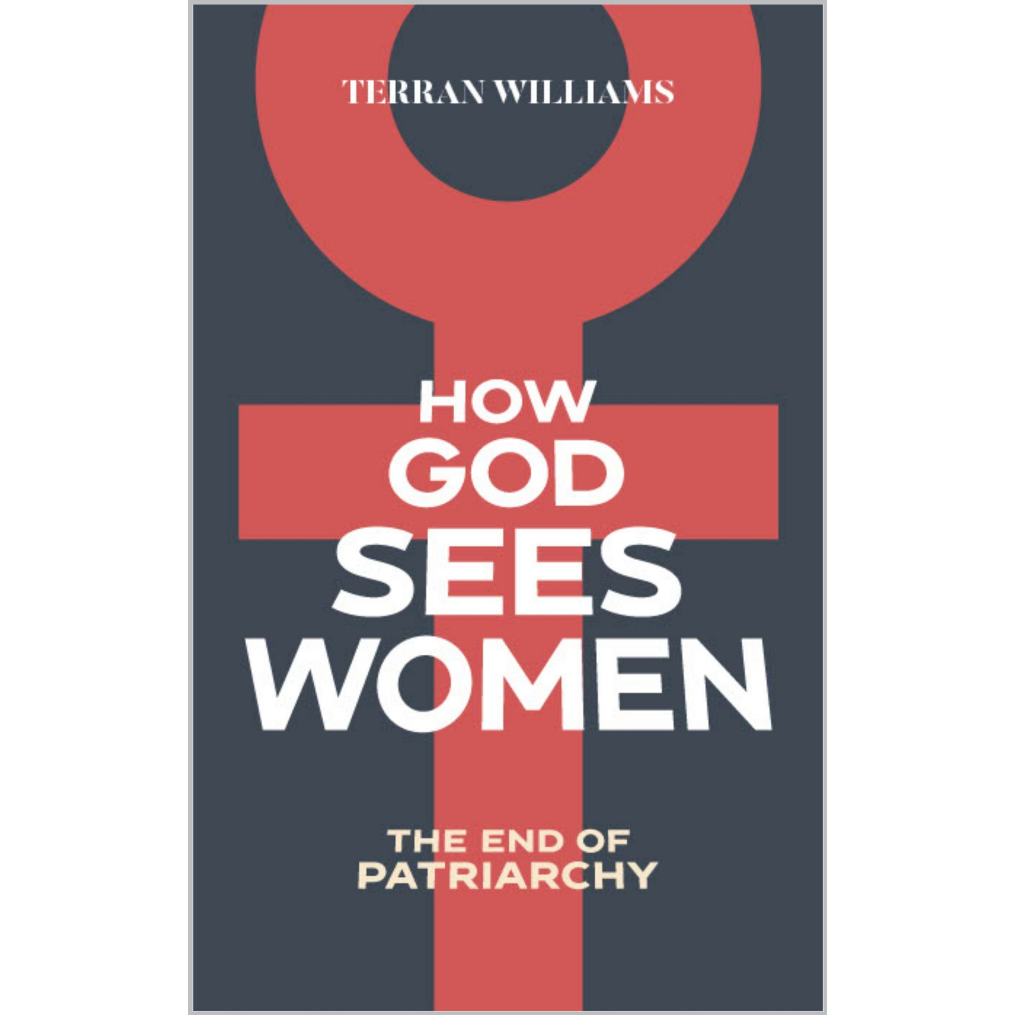 I just finished reading “How God Sees Women: The End of Patriarchy” by Terran Williams. I’ll be adding it to my reading list post, but wanted to specifically promote it here.

I found this book to be a stunningly solid analysis of the topic of complementarianism – the idea that God designated men as the authority and rulers in the kingdom, and that women are not authorized to lead or teach, specifically in the church, but (some believe) also in any public sphere.

The author was a member of a leadership team in a complementarian church, and his church set about to write a defense of its doctrinal position on men and women’s authority, and assigned the author as a key member of the team, due to his expertise and training. Much to his surprise, as he began to study and exegete the scriptures around authority of men and women in the church, he arrived at the conclusion that complementarianism is wrong and largely indefensible from a scriptural perspective. He wrote the book to carefully document his process and his findings. It’s extremely careful in its treatment of the subject, specifically covering every significant verse used to support the doctrine. He also spends a fair amount of time explaining the cultural perspectives of the writers of the scriptures, and the immediate audiences of the various epistles. He also traces out the flow of thinking through church history on the subject.

Most of all, he clearly shows how the complementarian viewpoint has harmed women – and robbed the church of a huge God-given blessing over the centuries.

I grew up with a very complementarian outlook on authority in the church, but not participation in the church. I had no problem with the female associate pastor who taught and led in our church, or the elder’s wife who also routinely taught from the pulpit on Sunday mornings, or the female lead of our prophetic ministry. However, I also strongly believed that they needed to only operate under the male pastor’s authority. I also had trouble with the idea of a woman as American president, and had doubts about a female Supreme Court justice. The entire idea of feminism was deeply offensive to me – that women could reject male oversight.

And of course, in my marriage of 30 years, the topic of male authority was relevant. I believed that I was assigned by God Himself as the ultimate authority in my household, and while the Bible clearly teaches “be subject to one another in the fear of Christ” (Ephesians 5:20) immediately before “wives, be subject to your own husbands, as to the Lord,” I had always believed that I had the ultimate authority, even though I was clearly instructed to exercise it completely lovingly.

Given all these things, I would have been called a “soft complementarian.”

This book reframed a lot of my thinking about the subject, and helped to explain to me the harm of the complementarian position, whether “hard” or “soft,” and helped me begin to see a wider view of God’s perspective on the topic, as shown by a careful investigation of the scriptures without starting from a certain position.

I’d consider this book absolutely worth your time.

You can find the book at https://www.amazon.com/How-God-Sees-Women-Patriarchy-ebook/dp/B09Q99BNG1

If you liked this article, then please follow us on Twitter or join our email notification list.
Spread the love
By: Brandon MundayPosted on 2022-06-18Categories : Categories : Church, Deconstruction, Evangelicalism