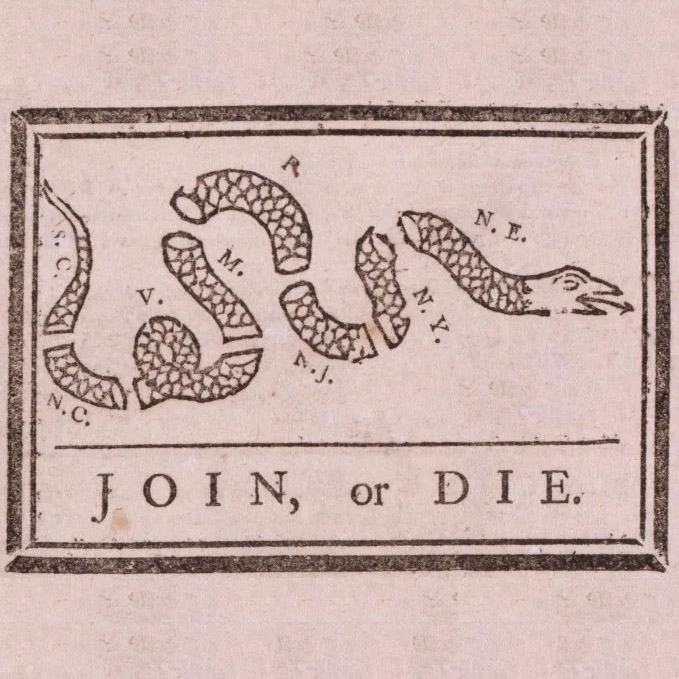 I’ve been reading “Was America Founded as a Christian Nation? Revised Edition: A Historical Introduction” by Dr. John Fea. It takes a balanced look at the history of America’s founding, trying to make sense out of the claims that America was – or was not – founded explicitly or even implicitly as a Christian nation.

Dr. Fea points out that the founders explicitly intended that American politics be kept somewhat localized. They were concerned that a strong federalist system across a large nation would be unsustainable; the states needed to retain quite a bit of authority to manage their own affairs at a local level. This concern makes quite a bit of sense in light of the globe-spanning empire-based politics the early Americans were escaping.

There was a significant faction of the founders that vehemently argued against any form of federalism, but within a few years after the Articles of Confederation were in place, it was clear that this would not serve the fledgling country. By the time the Constitution was written, it was decided that a stronger federal system was the answer, and thus the Constitution added more powers to the federal government than the initial Articles had given.

It was never expected by the founders that the entire United States would operate as a legal and political and social monolith – that every state would be functionally identical in its laws, its religious practices, and its social practices. They expected and welcomed diversity. Truly, much of the original population of the colonies was reasonably consistent in its expectations and practices, being uniformly derived from white European culture and peoples. So the variety between colonies was still relatively minor – aside from some particular differences in religious practices. For example, Virginia established a system with explicit religious freedom, while the Puritans in Massachusetts established a near-theocratic government with explicit religious requirements for public officials. But otherwise, there was a fairly consistent expression among the colonies.

This general uniformity held until massive immigration from around the globe, bringing in new cultures and races and religious practices, and at this point the population began to diversify and challenge this initial uniformity. In particular, the arrival of chattel slavery may have led to the most significant variation in culture across the young nation. Importing about 11 million slaves into America could not help but introduce new cultural ideas and religious practice, and managing this massive workforce required significant shifts in the white culture as well, not to mention religious accommodations of explaining away slavery as somehow acceptable for a Christian.

But after that burst of change, in the subsequent course of 250 years of history and change, the dominant majority American culture has become remarkably consistent, with relatively minor variations from state to state, and a general suppression of non-majority cultures. A uniformity of Federalism gradually took hold over the state diversity.

And to reinforce this uniformity, the interpretation of the Constitution by the Courts has consistently trended towards requiring each state to bow to the national will. And Congress consistently writes laws that demand conformity, usually by threatening the flow of tax funds to state coffers or the withholding of tax breaks to businesses.

Thus, both socially and politically, America sees itself today as a single nation, not as united but relatively independent states. So when a state like Texas writes a strict anti-abortion law that appears to bypass every possible challenge by deputizing private citizens to enforce it by lawsuits rather than the government enforcing it by arrests, or when Florida institutes a “don’t say gay” school policy that takes authority and decision-making away from local educators, a national outrage quickly arises that would have been unthinkable 250 years ago. Back then, it would have been understood that each state absolutely had the right to make such decisions locally, even if they were distasteful to other states.

And in fact, the 10th Amendment to the Constitution clearly intended to affirm the original ideal of state independence: “The powers not delegated to the United States by the Constitution, nor prohibited by it to the States, are reserved to the States respectively, or to the people.” There is nothing in the US Constitution about, for example, abortion rights or gay-related education. Yet the Federal District Courts and the Supreme Court consistently interpret various aspects of the Constitution and the Amendments to apply nationally to situations clearly never expected by the drafters of those documents, effectively creating or rejecting “rights” of all Americans.

At some level, the model intended by the founders was this: if your state chooses to take a path with which you don’t agree, then your recourse is to either attempt to change that state’s laws by the political process, or to move to a state where the policy is different.

And that is in some ways no different than today – if you don’t like Florida’s or Texas’s new laws, either get involved in politics, or move.

But It’s Not So Easy

But the reality is that the Supreme Court, or at least federal Distric Courts, will inevitably end up getting involved in these latest court cases, and within a short period of time, even these cutting-edge laws will be nationally either affirmed or rejected. What worked in one state will eventually affect every other state. Thus, that original ideal of letting states manage their own affairs will not be available as one of the recourses.

And unfortunately, the other alternative of “just move if you don’t like your state” is not a realistic option for most people. Those few who can afford to do so are utterly privileged; most Americans simply don’t have that flexibility. They’re either locked into a career that isn’t so flexible, or they don’t have the financial means to simply drop everything and move and start over again.

The fact is that 330 million Americans will likely never fully agree on anything. But we’re all forced into this singular mold and expected to happily conform.

I’m not sure there’s a solution to this.

It’s truly not surprising that there have been more than a few calls for secession in the last couple years, mostly coming from conservatives who are increasingly unhappy at the liberalization and progressiveness sweeping across the American social landscape. And more than a few liberals would be happy to see the conservatives leave.

Instead of arguing about whether or not this is a reasonable idea, it’s probably more important to recognize what’s going on under the surface: that the division is becoming more pronounced, that there’s simply less patience for opposing viewpoints. People would rather just “check out” and only interact with others who think like them, and stop fighting these culture wars.

But the reality is this: that’s not going to work either. Even for the “red states,” their major cities are uniformly blue. And the blue states contain plenty of conservative areas. It wouldn’t work, unless tens of millions of people moved, and that’s simply not going to happen. It can’t be made to happen and couldn’t be afforded by either the citizens or the governments.

The alternative would be to change the American political system – really pull back from federalism, and let each state really do its own thing. But that would require gutting parts of the Constitution, and no reasonable politician would dare support such a suggestion.

So in all likelihood, this problem won’t go away, and it won’t be solved. Instead, I think it’s likely that the situation will continue to deteriorate; people will likely become increasingly divided, and America will find itself ripe for falling prey to fascist control from one party or the other. The victor will be whoever first wins enough of a majority vote to force through some very unpleasantly strong national laws that override the rights of the minority and strip away the Supreme Court’s ability to override the changes.

What, then, for a Christian?

It’s worth remembering that the vast majority of the Bible was written by, and to, oppressed peoples. There were relatively short eras in Biblical history where peace and tranquility existed. The rest of the time, the Hebrew people or the Christians were living under the thumb of the Babylonians or Assyrians or Egyptians or Romans – or under despotic or evil Hebrew rulers.

We Americans, having grown up in a shockingly uncommon and rich moment of peace and plenty in world history, don’t have the slightest context for what constitutes “normal” for the rest of history and the world. We see “normal” approaching our shores, and rightly wish to avoid it, instead preferring what we thought of as normal.

This essay isn’t meant to be defeatist – but there are realities we must confront. In the face of those realities, we cannot allow our faith and peace and joy to depend on our circumstances. Will we trust the Lord even if it all falls apart? Do we worship at the throne of prosperity and peace, or the throne of Jehovah Jireh and Jehovah Shalom? Can He be those things to us despite circumstances?

Just ask our Ukranian brothers and sisters about this. I’m sure they were not thinking about today’s circumstances a few months ago. 30 years of stability disappeared overnight.

And even our own national stability really could disappear overnight, if Russia’s President Putin chooses to lash out with nuclear missiles – as he has already hinted at doing.

Provision of a Different Kind

In my opinion, in some sense we need to adopt the mindset of “preppers.” They assume that any present stability will soon end, and they maintain a “go bag” and stockpiled food and supplies. But even a go bag is a short-term solution. We Christians need a different kind of go bag: we need to assume that our peacetime is short-lived, that trusting our own self-provision is a fool’s errand, and more importantly that our material security does not depend on anything other than the Lord’s provision for us. Our go bag must be stockpiling His promises and love for us. And we must be comfortable in surrendering even our lives if He requires it. Remember, our citizenship is in a heavenly Kingdom, not an American state or nation.

Psalm 121 was written to Israel, most likely to encourage devout Jews on their annual pilgrimage to the city of Jerusalem and its seven mountains. It can be misleading to try to apply every Biblical promise to ourselves, but the spirit of the psalmist’s words here is still quite appropriate.

1 I will raise my eyes to the mountains;
From where will my help come?
2 My help comes from the Lord,
Who made heaven and earth.
3 He will not allow your foot to slip;
He who watches over you will not slumber.
4 Behold, He who watches over Israel
Will neither slumber nor sleep.
5 The Lord is your protector;
The Lord is your shade on your right hand.
6 The sun will not beat down on you by day,
Nor the moon by night.
7 The Lord will protect you from all evil;
He will keep your soul.
8 The Lord will guard your going out and your coming in
From this time and forever.

The Psalm begins with a choice: “I will raise my eyes.” And it ends with a promise: The Lord will protect our soul from evil. We are not promised to be untouched by difficulty in our lives. But the eternal part of us should have no fear.

So be at peace, no matter what state you live in. And if seems impossible for you, then ask me about the peace that is within me, and I’ll share it with you, and introduce you to the one true Peacegiver.

If you liked this article, then please follow us on Twitter or join our email notification list.
Spread the love
By: Brandon MundayPosted on 2022-03-11Categories : Categories : Government