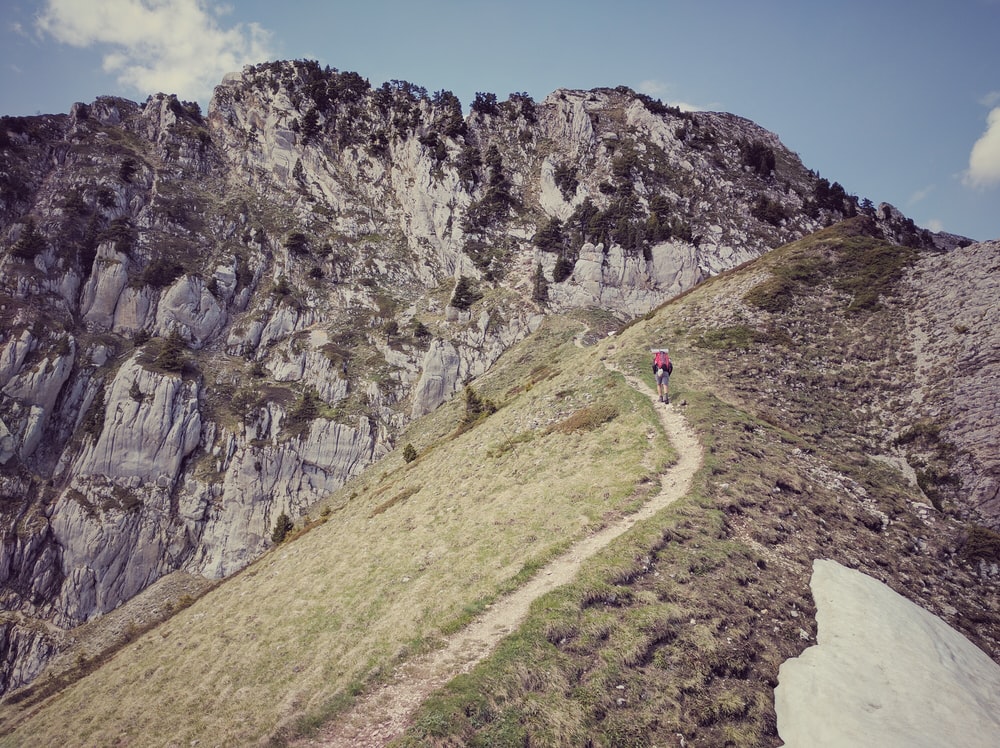 Perhaps the biggest surprise for me in this season of my life is that faith itself is not static.

For decades, watching the people around me in my faith journey, I had the distinct sense that faithfulness and Godliness were simply holding onto the things I had been given, that I had been taught. The measure of a man was his ability to stand, never wavering from those principles. The reward for such diligence was eternal peace with the Father in heaven.

It never occurred to me that such a view denies an active voice of God in our lives, revealing mysteries in the heavenly places, inviting us to come “further up and further in,” to quote C. S. Lewis in “The Last Battle.” Believing that faith is never wavering from what we were told denies that there is anything further to be revealed. And somehow, that seems fundamentally arrogant.

If I believe – and I do – that our society, and more than that our religion before God Himself is flawed, is imperfect, and needs to be refined to represent God more accurately, then I cannot believe that God doesn’t speak to us – or to me – today.

And if He is speaking today, then I cannot believe He’s not speaking about what needs to change, either at a macro or societal level, or in me personally at an individual level. And He wouldn’t be speaking unless He wanted something to change.

More than that, if it’s disruptive, it’s going to cause division. That shouldn’t surprise me – Jesus said that He came to divide people against each other, to even split families apart. In Luke 12, Jesus said:

“I have come to cast fire upon the earth; and how I wish it were already kindled! But I have a baptism to undergo, and how distressed I am until it is accomplished! Do you think that I came to provide peace on earth? No, I tell you, but rather division; for from now on five members in one household will be divided, three against two and two against three. They will be divided, father against son and son against father, mother against daughter and daughter against mother, mother-in-law against daughter-in-law and daughter-in-law against mother-in-law.” (Luke 12:49-53 NASB)

This is a hard word for me to bear, because I’d always thought of Jesus as being a restorer, a uniter. That’s true, but His ministry was restoring us to the Father, uniting the faithful with one another. It wasn’t about preserving brokenness.

And this brings me back to faith being static, or not.

I can no longer believe that I knew it all correctly. In fact, I think I could safely say that no one, not one, has all the answers about God and faith. As such, those who give God their “yes” cannot help but be confronted by the Holy Spirit with whatever is amiss in their lives. They have given God permission, as David did in Psalm 139, ending with “Search me, God, and know my heart; Put me to the test and know my anxious thoughts; And see if there is any hurtful way in me, And lead me in the everlasting way.” How else could that work, but that God would require David to change? And so, as I continue to give God my own “Yes,” inviting Him to see if there is any hurtful way in me, what would I expect but to be called to change?

But the revelation, here, is that it’s not just my ability to do what I already know that needs to change: it’s what I know, it’s my faith itself in many ways that I’m finding insufficient. Those pat answers I’ve always had for so many issues of faith are proving to be deeply flawed. As soon as I was willing to let God ask me questions about my faith, He took me up on it, and began asking me why I believed what I believed.

And answering the omniscient God of the Universe “because that’s what my pastor or my parents told me” just won’t cut it. Our traditions don’t impress God at all.

If you’re one of those people that contributed to my spiritual upbringing, I’m sorry. I deeply appreciate what you did for me. You set my feet on a path towards Christ, but I’m finding that the path was imperfect. I don’t blame you for it – but I can’t keep walking that path simply because you believed it was the right path. As God asks me to change course, I must. Otherwise, I’ll just keep circling the mountain’s base, never getting closer to the summit.

Join me. Not in where I am, because I’m no longer confident I have all the answers. Rather, join me in inviting God to search my heart, and point out the hurtful ways – and beliefs – and doctrines – that are in me. I trust Him far more than I trust my own understanding, and I invite you to join me in that unrest, that disruption, and most of all, that humility and willingness to repent immediately and as often as necessary.

Finally, I’ll warn you. From my last two years of experience, I can tell you that Jesus wasn’t exaggerating in Luke 12. When you start asking questions about your beliefs and practices and traditions, it’s pretty likely that most of the folks in your life who are quite vested in those structures won’t react well. In general, we Christians are really quite bad at how we treat those who question things, who hear the Lord asking them to repent of things that are solidly baked into our church traditions. You’ll hear things like “Thousands of years of Christian thinking cannnot be wrong” or “do you really believe you’re hearing something that our forefathers didn’t hear” or “the greatest minds in Christianity have rejected that idea” or some variation on those things. I can’t answer the questions for you – instead you’ll have to decide if it is worth following Jesus, even if it means the disapproval of your pastor or church community or family? All I can do is remind you that Jesus Himself repeatedly predicted that following Him would be disruptive.

For the last couple years, God has been slowly revealing a deeper meaning of Matthew 19:5 in my life: “For this reason a man shall leave his father and his mother and be joined to his wife.” Yes, Jesus was talking about marriage, no doubt. But God has been asking me, am I willing to leave my mother and father’s “house” regarding my relationship with Him, not just my wife? After all, I’m meant to be part of His Bride. If I’m unwilling to step out from under their covering – their doctrine, their own relationship with God – then I can’t be free to be His Bride. Same for my pastor, or my church family, or my denomination. My only responsibility will be to join myself to Him, free from any other encumbrances.

So if you join me in this process, don’t expect it to be easy, or fun, or fast. It will likely last the rest of your life, a continual process of refining and maturing in your faith. The end will not likely look much like where you are today. But I have this faith: “I am confident of this very thing, that He who began a good work among you will complete it by the day of Christ Jesus.” (Philippians 1:6 NASB)

And with that in mind, read a bit more from Philippians 1:9-11: “And this I pray, that your love may overflow still more and more in real knowledge and all discernment, so that you may discover the things that are excellent, that you may be sincere and blameless for the day of Christ; having been filled with the fruit of righteousness which comes through Jesus Christ, for the glory and praise of God.“

If you liked this article, then please follow us on Twitter or join our email notification list.
Spread the love
By: Brandon MundayPosted on 2022-05-16Categories : Categories : Uncategorized